Can Children have Balance Disorders? 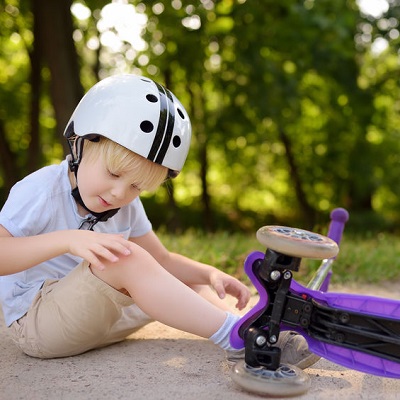 Can children have balance problems?

Parents are skeptical about the possibility of their kids having balance problems.  Children with balance problems are seldom able to convey in the right words what they are going through. Many a time kids just appear a bit clumsy. However if a child is dizzy or tripping and falling then a serious balance problem MUST be considered.

“It could be serious”

Why are imbalance symptoms in children overlooked

Symptoms of imbalance present in a different way in children compared to adults. They could be of shorter duration. They may even be thought of as behavioral problems when children complain.

This is the main reason why balance problems in the children are less commonly acknowledged as a problem by the parents. They less commonly get a health care visit. They are even less commonly diagnosed.

How does balance work?

Our sense of balance depends on the series of signals to our brain from different parts of our body. A constant process of position detection, feedback, and adjustment coordinated by brain is essential for balance.

The Eyes     Eyes give the visual inputs to our brain. They are responsible for visual awareness of our position in relation to our surroundings.

This prevents blurring of vision with movement. Image processing in the brain also has a part in keeping continuity of visual representation so that we see things in continuity like motion pictures.

The Ears      Our ears are a lot more dynamic than they appear to be. Apart from funneling sound as signals to our brain ears have a major role in balance. The part of the ear that maintains balance is the vestibular system (the labyrinth), a structure in our inner ear made of bone and soft tissue. The vestibular system has structures called semicircular canals. Anterior, horizontal, and posterior semicircular canals are arranged roughly at a right angle to each other.

The fluid inside these canals moves with movements of the head stimulating tiny cells called hair cells. These signals are picked up by the vestibular nerve and relayed to cerebellum part of our brain.

There are two otolith organs between these semicircular canals- saccule and utricle. They send signals to the brain about the position of the head in relation to gravity such as lying down, tilting to sides, and leaning and movement of your body like backward or forwards, or upwards or downwards, and side to side. These organs contain small crystals that are displaced during these movements to stimulate tiny hairs, which transmit the message via the vestibular to the cerebellum.

The Muscles and Joints      Musculoskeletal system -various muscles and joints in our body have position sensors. They relay information about changes in position with respect to each other to the brain. This is responsible for proprioception input.

Visual inputs, proprioceptive inputs, and vestibular inputs are relayed to cerebellum. The cerebellum in turn controls, plans, co-ordinates movements in our body to maintain the position of our body at rest or in motion.

The 3 systems, working together, are essential

The 3 systems are essential to maintain a stable posture and keep our balance when we are walking or running. It also controls the eyes to keep a stable visual focus on objects when your body changes position.

Any discrepancy in these three systems, their coordination center in the brain- cerebellum, or connections between them can result in problems maintaining balance.

Signs and Symptoms of Balance Problems in Children 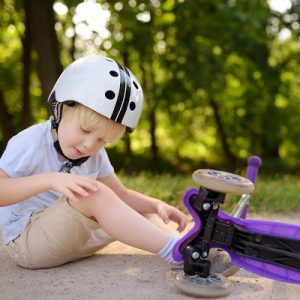 Vertigo or dizziness a sense of spinning, swaying, or motion when at rest is the most common complaint in adults with balance disorders. Some older children may complain of vertigo.

However, children are more likely to present with complaints of:

In infancy delay in developmental milestones should warrant suspicion of vestibular disorders among different causes.

Causes of balance disorders in children

Migraine associated vertigo or vestibular migraine is the most common cause of imbalance( vestibular cause) in children.

The second most common cause is Paroxysmal benign vertigo (BPPV) in childhood. This presents with brief episodes of vertigo (less than 10 min), with no associated headache, and the child is generally well. There is no limitation of activity after the period of discomfort.

Cranial trauma– Imbalance or vertigo that is seen after any cranial trauma needs to be evaluated.

Other rare causes of imbalance  in children are:

Detecting balance disorders requires a high degree of suspicion. An early evaluation by an audiologist can help in picking it up early for any intervention.

Pass the word among your friends and family. Next time someone asks Can children have balance problem, Let them know it could be serious.

Call now at (03) 6223 5444 to make an appointment to discuss your concerns about actions and behaviours that your child is displaying. 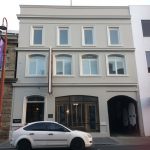